Enter the world of Warcraft, a mystical land where evil Orcs and noble Humans battle for survival and domination. With an ingenious arsenal of weaponry and powerful magic, these two forces collide in a contest of cunning, intellect, and brute strength.

Destroy the Orcish hordes or crush the weakling Humans… the choice is yours.

Stormwind Castle looks down upon the lands that you are sworn to defend.
Orc raiders threaten to destroy your town. Rally your troops to drive them back.
Victory is yours! Cheers of victory come from the troops as the last Orcish corpse crumples to the ground. 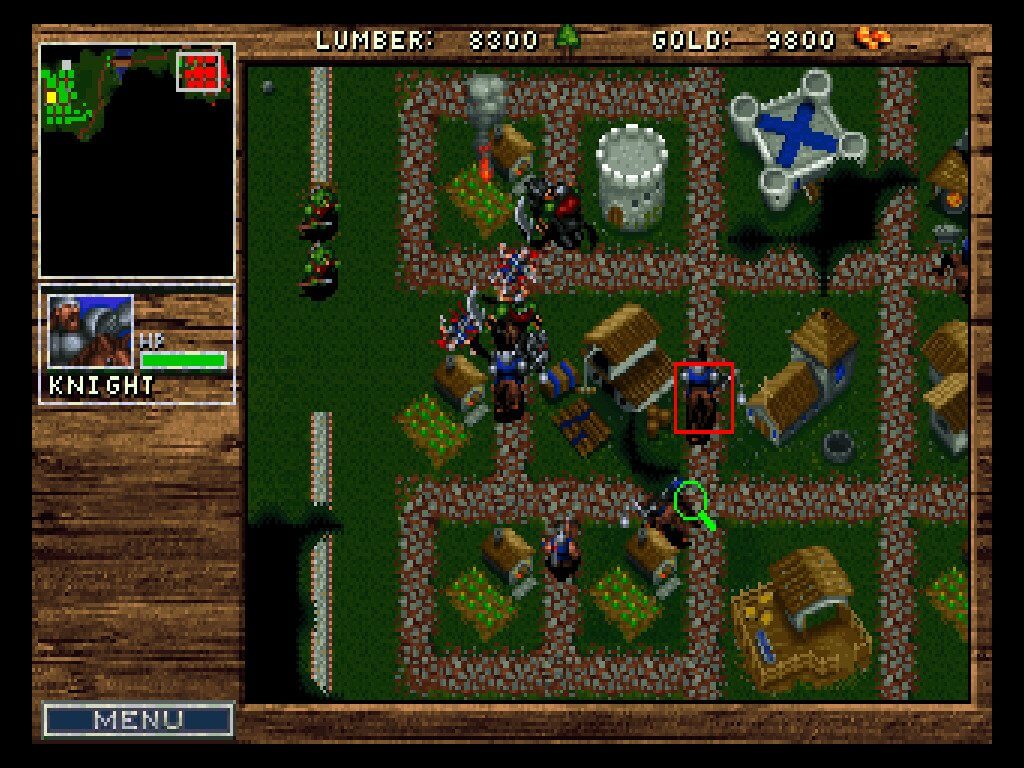