Video Converter Ultimate is known for its ability to accept a wide-arrange of video formats. The list of video file types Video Converter Ultimate can input is extensive, including AVI, MP4, MPEG, VOB, MOV, and FLV, among several others. It can also convert audio files (MP3, WMA, WAV, OGG, AIFF, FLAC). It should come as no surprise that VideoSolo has an extensive list of output capabilities too, including basics such as MOV and MP4, but also lesser-known types such as VOB, FLV, AVI, and several 3D options. Enjoy output on several devices, too – iPhone, iPad, Android, iMovie, Final Cut, QuickTime, etc. 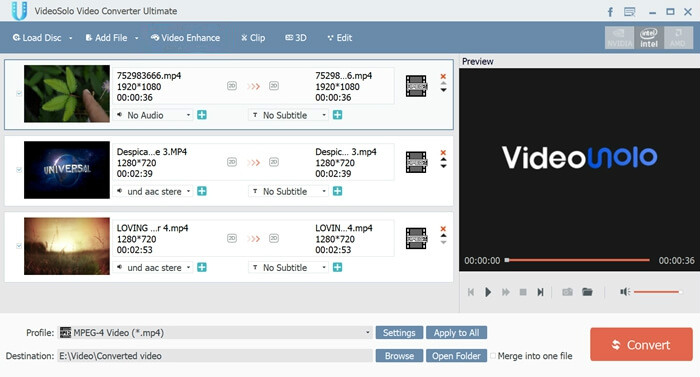