Twitterific has been re-imagined from the ground up to be the Mac’s most friendly, powerful and modern Twitter client. Twitterrific makes Twitter fun.

Save videos & animated GIFs from the media player: 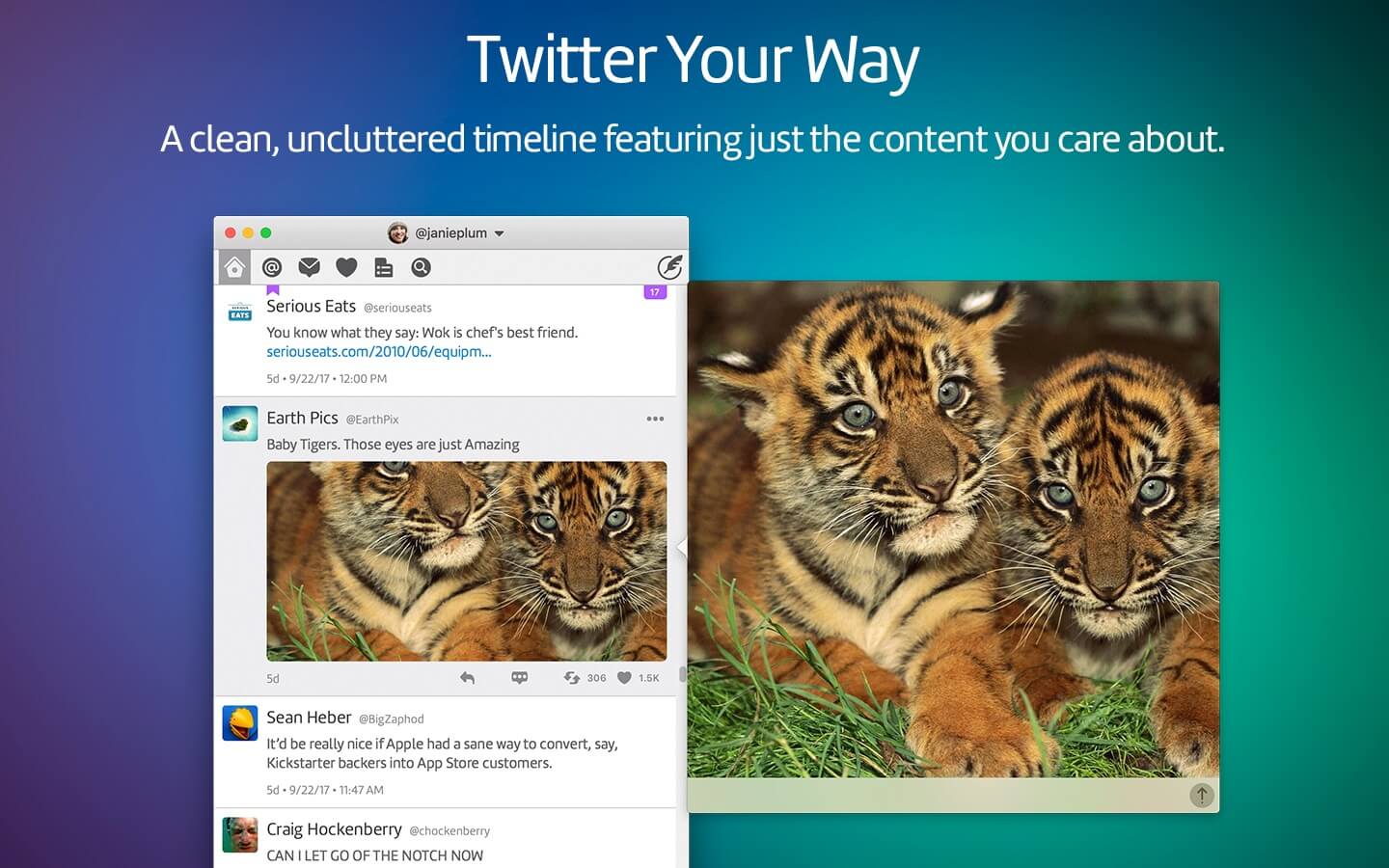