Nowhere Prophet is a single player card game with procedurally generated maps, a high difficulty and permadeath. At it’s heart are two distinct parts of gameplay: Travel and combat.

Nowhere Prophet is set on a far off planet called Soma. Your story begins many years after the Crash, a complete technological collapse. Civilization has broken down and the lack of resources made everyone turn either bandit or madman.

In this world inspired by Indian culture you lead a convoy of outcastes. These desperate men and woman following your vision of a better future. Under your guidance they travel with you through the wastelands. Your goal is the Crypt, a mystical place that promises untainted technology and safety.

If you can survive long enough to find it. 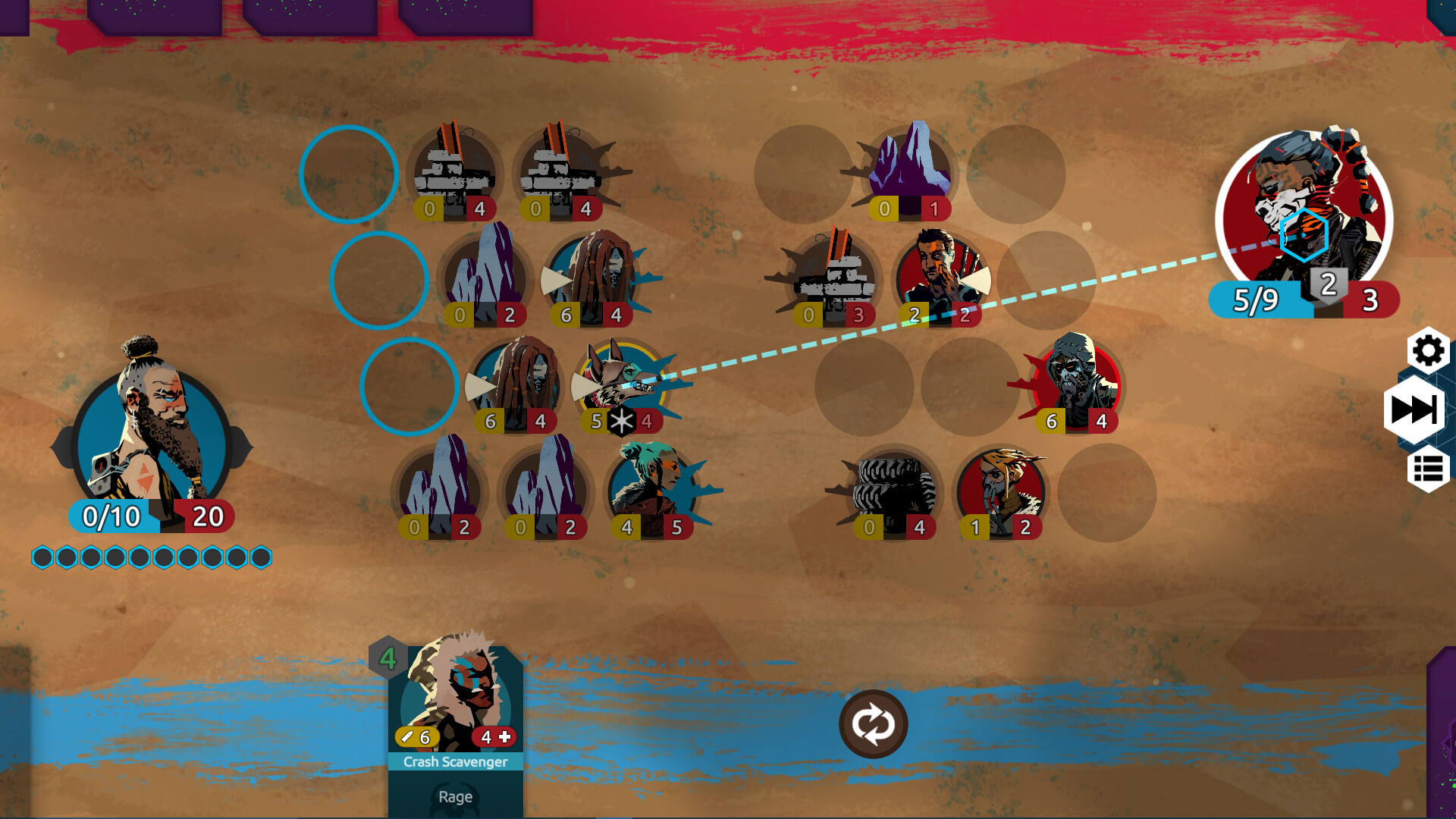