Embark on a fresh Motorsport Manager challenge with the Endurance Series. Take iconic long-distance cars for the ride of your life as you navigate epic distances with the goal of winning championships. Try two new competitions – IEC A and B – and meet new teams along the way. Experience new race lengths – 90 minutes, 3 hours or even 6 hours!

Manage six drivers per team as you strive to find the best combination of drivers to score you the best times. Manage a new layer of race strategy as you keep a careful eye on their stamina, and be prepared to make tough calls during the longest races yet. Design your machines with survival and speed in mind as you put them to the test in entirely new conditions.

New rules, such as average qualifying time, present a new challenge as you seek to build a team which outdoes the sum of its parts. Find consistency and the sweet spot for your drivers, allowing them to hit a state of perfect flow and become ‘Fired Up’, improving their lap times.

Tweak your car’s setup to focus on a particular driver, or seek to achieve a balance that takes in both styles. But above all: stop watching, start winning, take control.

Have you got what it takes to become the manager of a high-performance motorsport team?

Motorsport Manager is a highly detailed, best-in-class management game for fans of motorsport. You’ll hire the drivers, build the cars and embed yourself in the dynamic world of racing.

Every single detail will need to be considered in order to push your way to the championship title. Split second decisions on the race track combine with carefully laid pre-race plans; everything from building and customising your car to race-day tactics will affect your path to either ultimate victory or epic failure.

Stop watching, start winning and take control as the manager of your own motorsport team. 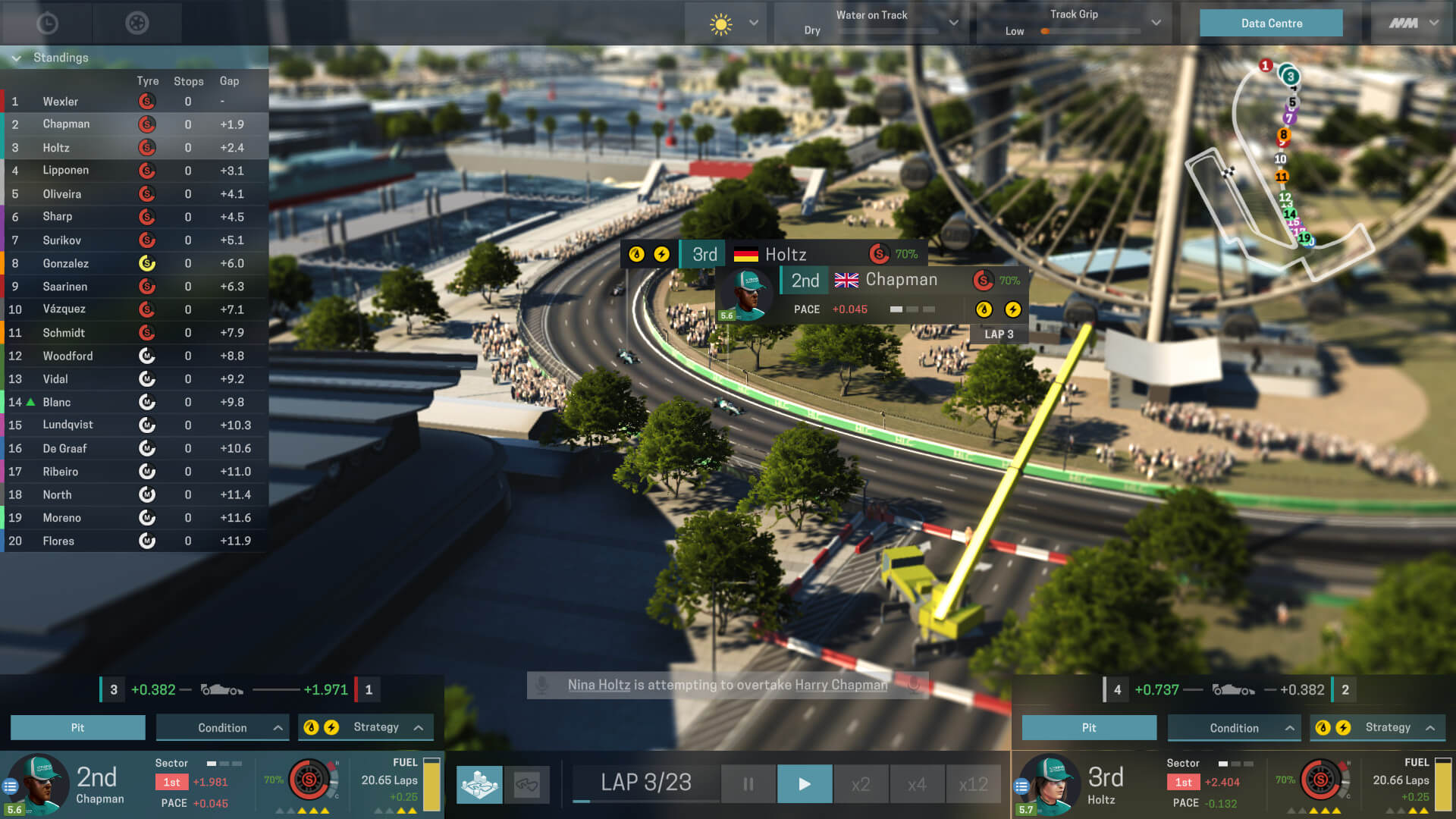