Debookee is a LAN and Wi-Fi packet-capture tool and network analyzer that allows you to see what your devices are sending over the network. 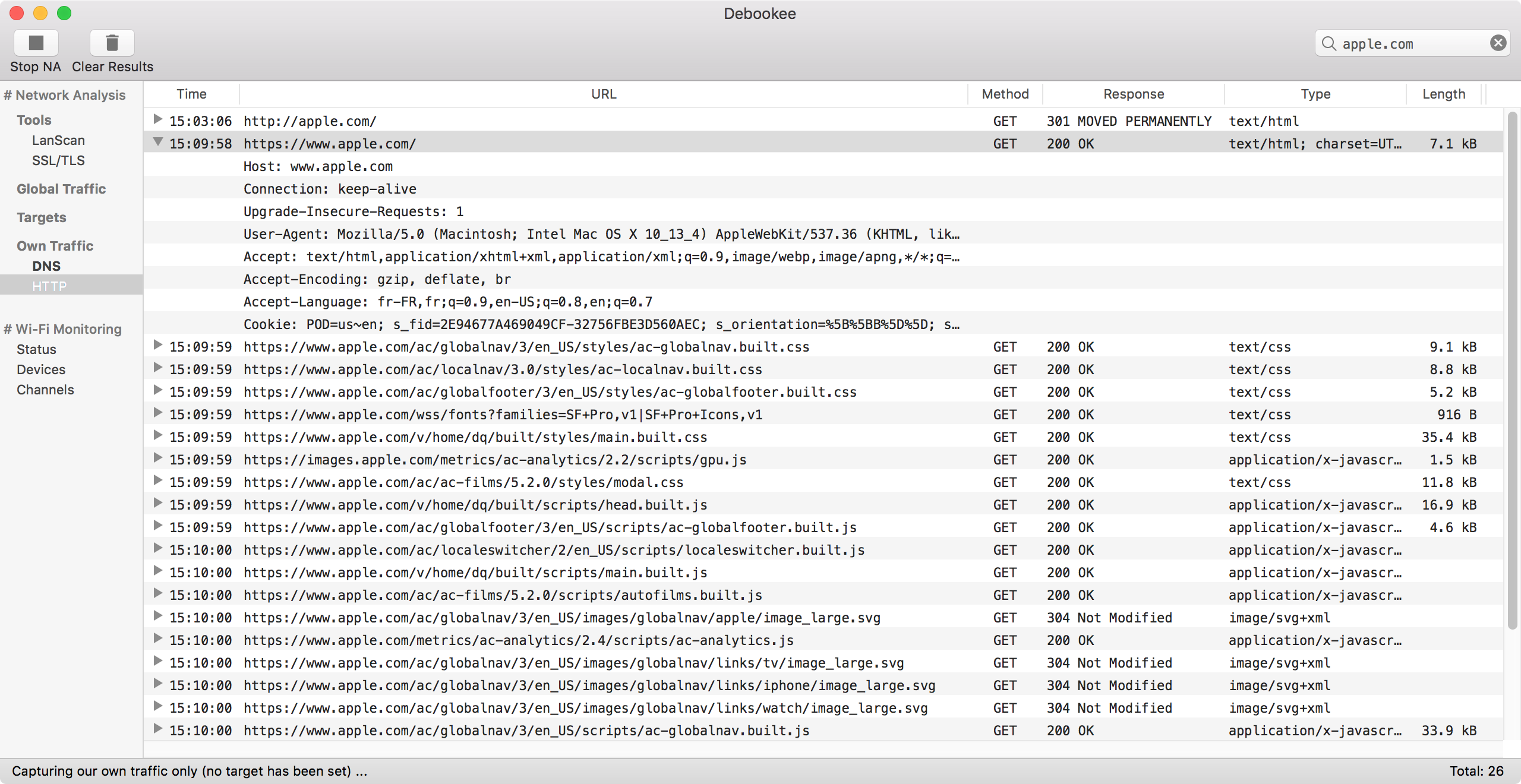