CotEditor is an open-sourced, Cocoa-based plain-text editor for macOS. It supports syntax highlighting, has a powerful find-and-replace with the regular expression, and other small goodies for coding. It can handle also CJK languages well. 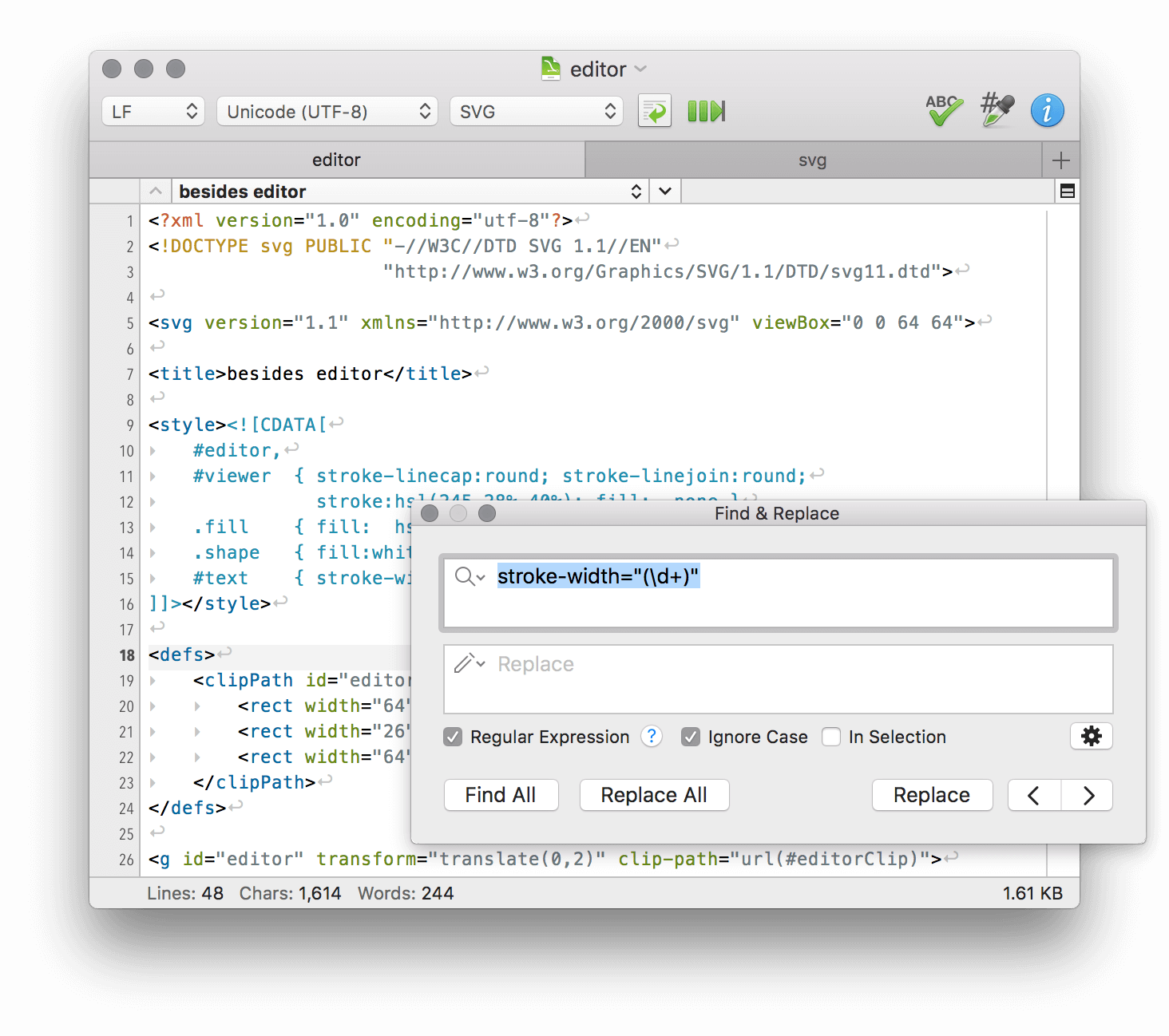