CloudPull 2.3.1 – Seamlessly backup your Google account on your Mac.

CloudPull seamlessly backs up your Google account to your Mac. It supports Gmail, Google Contacts, Google Calendar, Google Drive (formerly Google Docs), and Google Reader. By default, the app performs backups every hour, and maintains old point-in-time snapshots of your accounts for 90 days.

CloudPull allows you to back up a single account for free. For $9.99 (USD), you can upgrade to get premium features including:

CloudPull provides a Mac native interface for working with your backups: 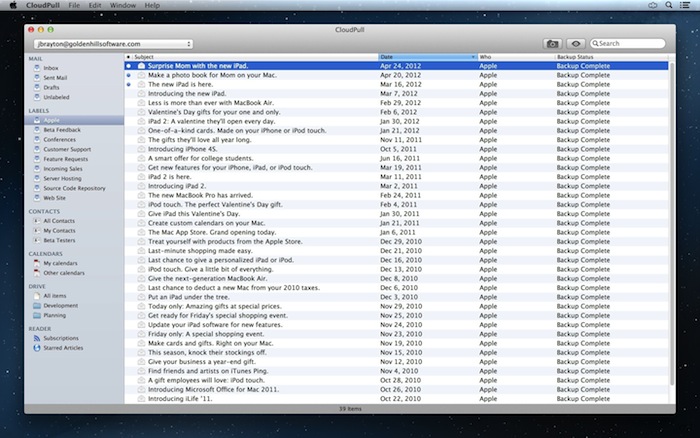