This is WORLD OF HORROR: The end of the world is nigh, and the only solution is to confront the terror reigning over the apocalypse. Navigate this hellish, roguelite reality through turn-based combat and unforgiving choices in this roguelite-style cosmic horror RPG.
Invoke dark rituals, uncover disturbing clues, and solve puzzles across multiple randomized mysteries. Each perplexing case unravels into a series of random encounters with nightmarish figures inspired by the works of horror legends Junji Ito and H.P. Lovecraft. 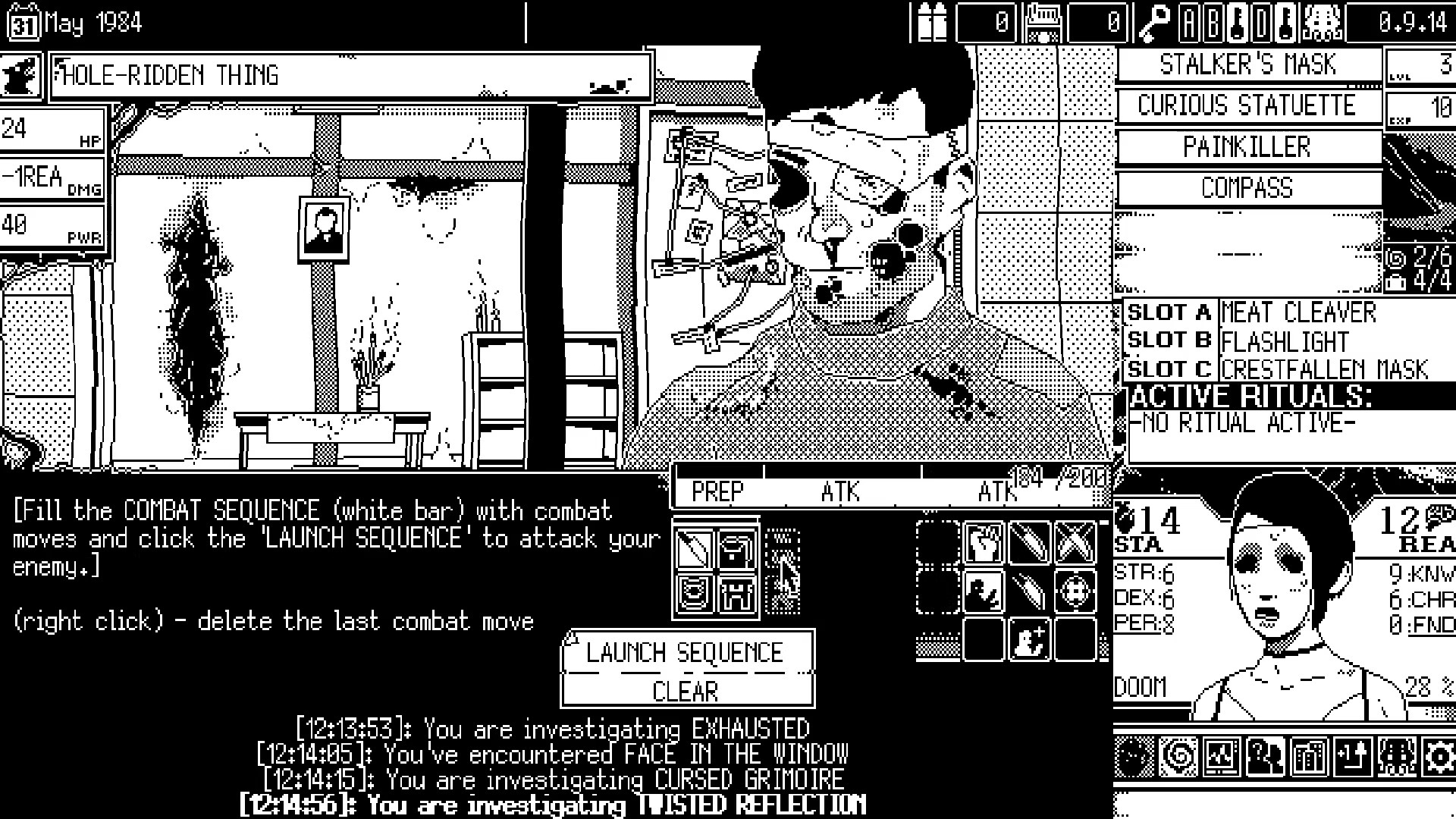