Glyphs is a simple to use Mac OS X app designed to allow anyone to create new fonts and modify letterforms with ease.  Glyphs’ main focus lays on streamlining the workflow.  Glyphs also comes with support for scripting. Scripts can help with a lot of repetitive tasks and will allow you to access all internal data and methods.

The font editor for everyone.

Plug-ins and Scripts in Catalina 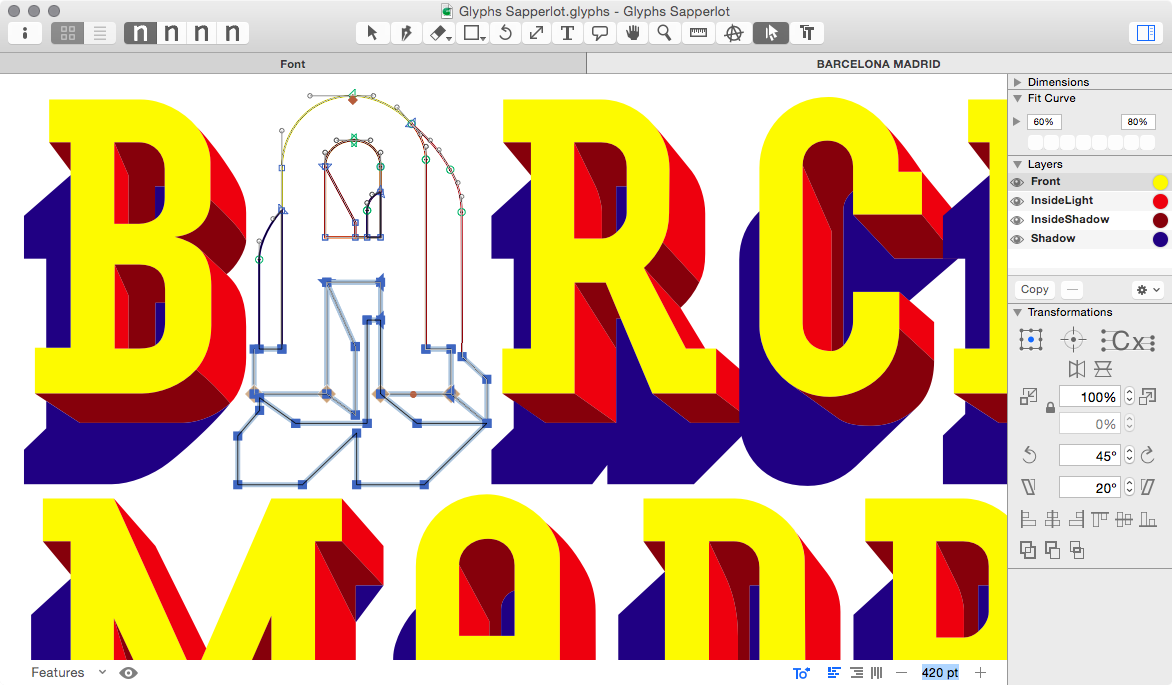