You can watch 4K and 8К videos without video slowdown or troubles with sound sync thanks to Elmedia hardware accelerated decoding.

Please, note that this version of Elmedia Player does not support downloading videos from YouTube. To be able to download YouTube videos, please get the special build from the developer’s website, then upgrade it to Elmedia Player PRO. 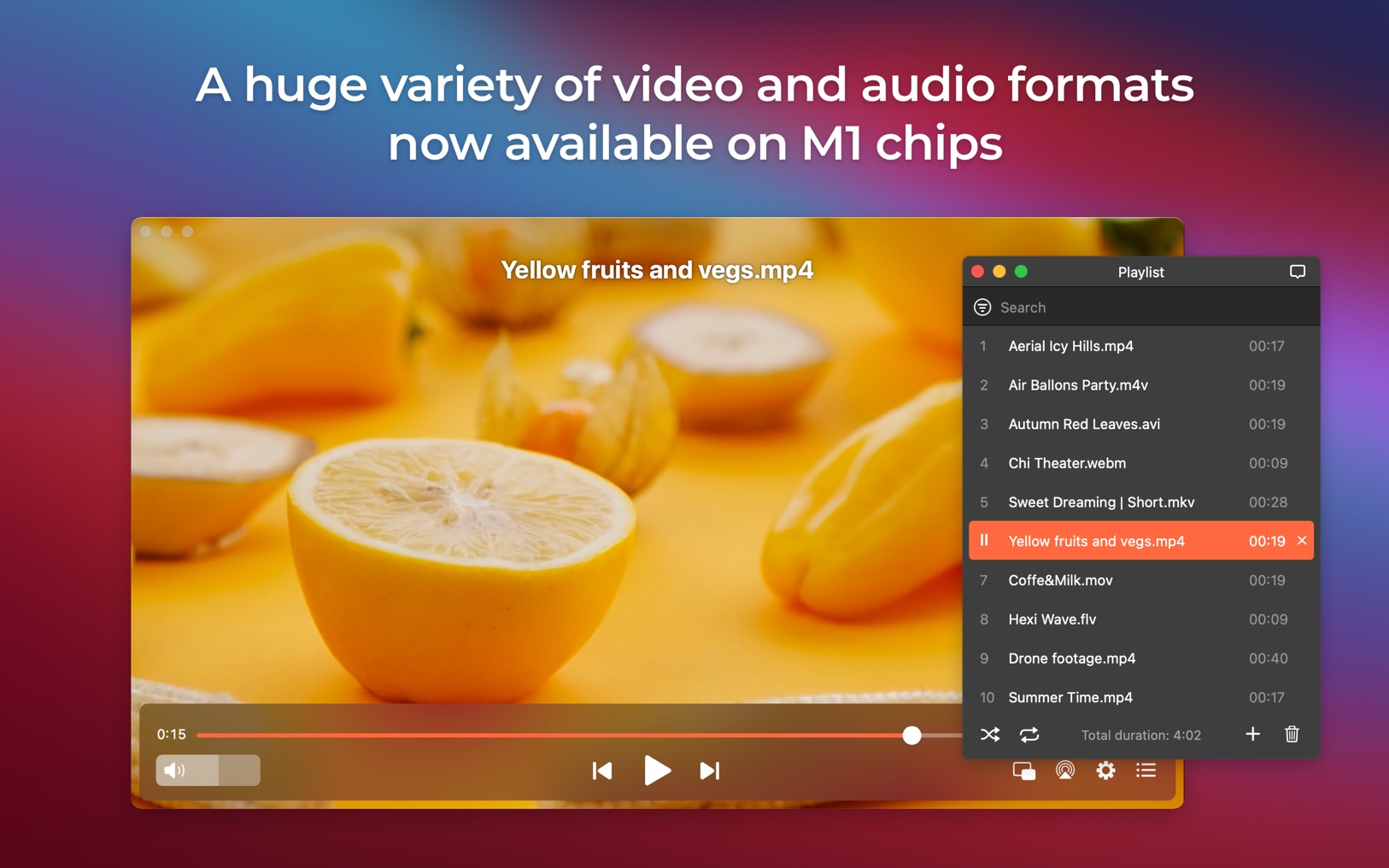